Letting go of my Leica M3

After nearly 40 years of service, I’m shipping out my Leica M3, a great film camera that’s now old and broken, to a camera repair service, where it will be either used for parts or repaired and sold to a new owner. 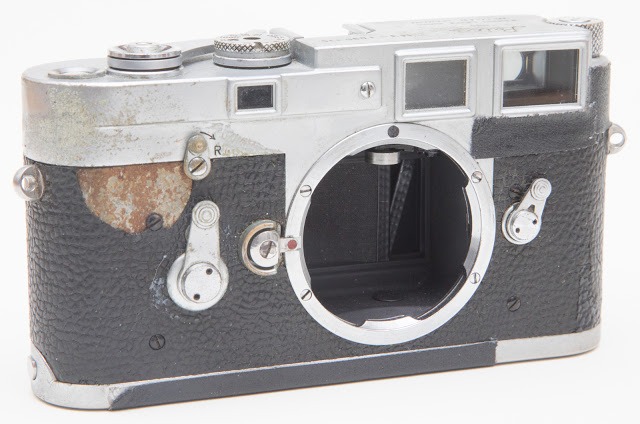 I scraped together the money and bought the camera, used, from Ken Hansen in 1978 for $325, along with a 50mm Summicron lens. After a year, I switched to a 35mm lens (with the goggles), which I bought from Ken-Mar Camera in Great Neck. I bought a Leica because Garry Winogrand had one, and as I watched him work with it, the camera’s advantages for street photography became obvious. It was smaller than an SLR, had a quiet shutter release, and used lenses with focusing tabs, which made it possible to focus “by feel” before bringing the camera up to your eye, which saved valuable fractions of a second when precise timing was essential.

I used the 35mm lens on the M3 from 1980-2000. Then I switched to a 28mm Kobalux Leica-mount lens, a cheap but good-quality Leica knock-off, and used that until earlier this year, when the shutter jammed. I covered my camera’s silver body with black gaffer to make it less noticeable. I took hundreds of thousands of photos with it over the years. In the last 10 years I’d use the camera only occasionally, preferring digital. Three years ago, when I bought my Leica M Typ 240 digital rangefinder, the M3 went into semi-retirement. 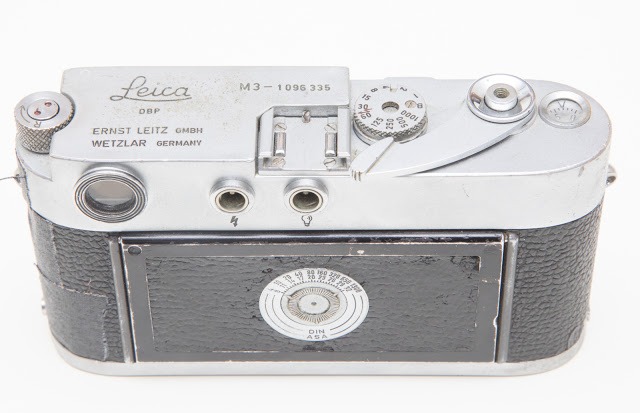 It was time. I put it on eBay last Thursday, and sold it within 24 hours.

So, today I’m going to pack up the camera and bring it to the UPS store to ship to Canton, Mass, where its new owner awaits. I usually don’t get emotional over a piece of equipment, but this might be an exception. This camera was my third eye and the tool I used for my personal work for most of my adult life.

They say Leicas are expensive cameras—which they are—but they’re built to last and tend to retain their value. In fact, amortizing the purchase price over 40 years, I’d say that at $8.12 per year, it was my best photographic bargain ever. The icing on the cake? I sold it for $400—a $75 profit!